Throughout Christian Service Brigade’s long-standing history, a diversity of men have stepped into leadership roles by becoming member’s of our Board of Directors. These men have brought to bear their unique skills, talents, and experiences and have provided the guidance and wisdom to help to ensure our men’s ministry fulfills its primary mission to help with “Building Godly Men of Today and Tomorrow.”

The men listed below represent our current Board of Directors. We are blessed to have their guidance and stewardship of Christian Service Brigade.

Together, in partnership with our National Office Staff and Field Team, fueled by our shared faith in our Lord and Savior, Jesus Christ, we continue to strive for a vibrant vision and future for this ministry that was started many years ago by Brigade’s founder, Joe Coughlin. 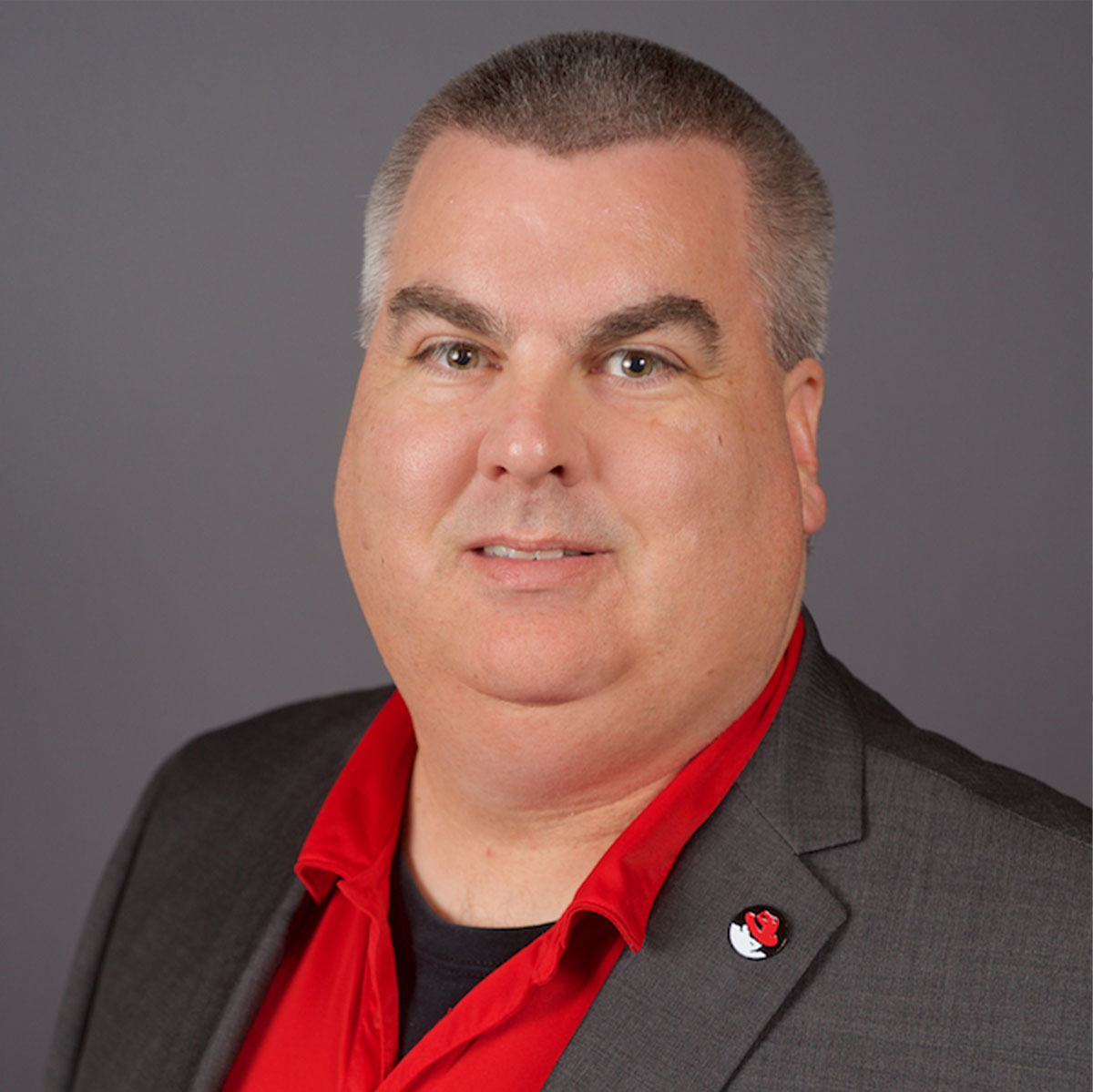 Mark ShogerChairman of the Board

Mark grew up in Christian Service Brigade, participating in Stockade and Battalion at the former Ward Presbyterian Church (#1482, unit retired). He was excited to get his sons involved in CSB as soon as they were eligible for Tree Climbers. Mark has been involved in CSB for over 20 years and has served as a leader at Chapelgate Presbyterian Church (#6468), Annapolis EP Church (#4743), Forcey Bible Church (#555) and is currently the CSB Chairman and Battalion co-Captain at Columbia Presbyterian Church (#6831). He attended Camp Kaskitowa as a youth and has served at and been a member of the board for Camp Hemlock. Mark completed the Herald of Christ for Men (#11) in 2013.

Mark has served on multiple boards including Camp Hemlock and Elev8 Sports, a 600 participant basketball league at Columbia Pres. He has coordinated multiple Camp-O-Rama events in the National Capital CSB Region, attended by Battalion units from all over the Maryland, Virginia, and DC area. Mark’s vision for CSB is to ensure that it stays culturally relevant while not compromising on its values and strong Gospel and discipleship message.

Mark is the manager of an IT Architecture team at Red Hat and brings over 25 years of IT knowledge and experience to the board. He’s worked as a consultant, architect, system administrator and project manager and will bring that experience to CSB Ministries to help modernize and streamline processes and systems.

Mark lives in central Maryland with his wife Kathee. Their sons Alec and Josiah are 12 year CSB alum and now serve as Lieutenants in the CPC Battalion and are attending Towson University. Their daughters Naomi and Meghan are both attending Howard Community College. The Shogers enjoy travel and cruising and can be frequently found at marching band competitions.

Nick is a graduate of Liberty University as well as a husband, church leader, avid adventurer, and someone who is constantly looking for new and exciting ways to experience Jesus.  He grew up in CSB Battalion #6468 at Chapelgate Church in Marriottsville, MD.

Nick’s story is not unlike many other men. He has experienced the stronghold of the Internet on his generation and witnessed the toll it takes on a man’s identity and relationships. He has been discipling men within his sphere of influence for over a decade and seeks a revival which starts with the family and spreads across the nation. Nick has a unique view of the world and its ever-changing sexualized culture. It’s his calling to help men discover their strength in Christ so that they can become a resource to a dying world.

“Looking out into our world there are too many men being held back because they have not found freedom from sexual sin. The Lord has a calling and a plan for every man, and by gaining and retaining sexual integrity they are better equipped to reach the full potential that the Lord has for them.”

Matthew 25:21
His master replied, ‘Well done, good and faithful servant! You have been faithful with a few things; I will put you in charge of many things. Enter into the joy of your master!’ 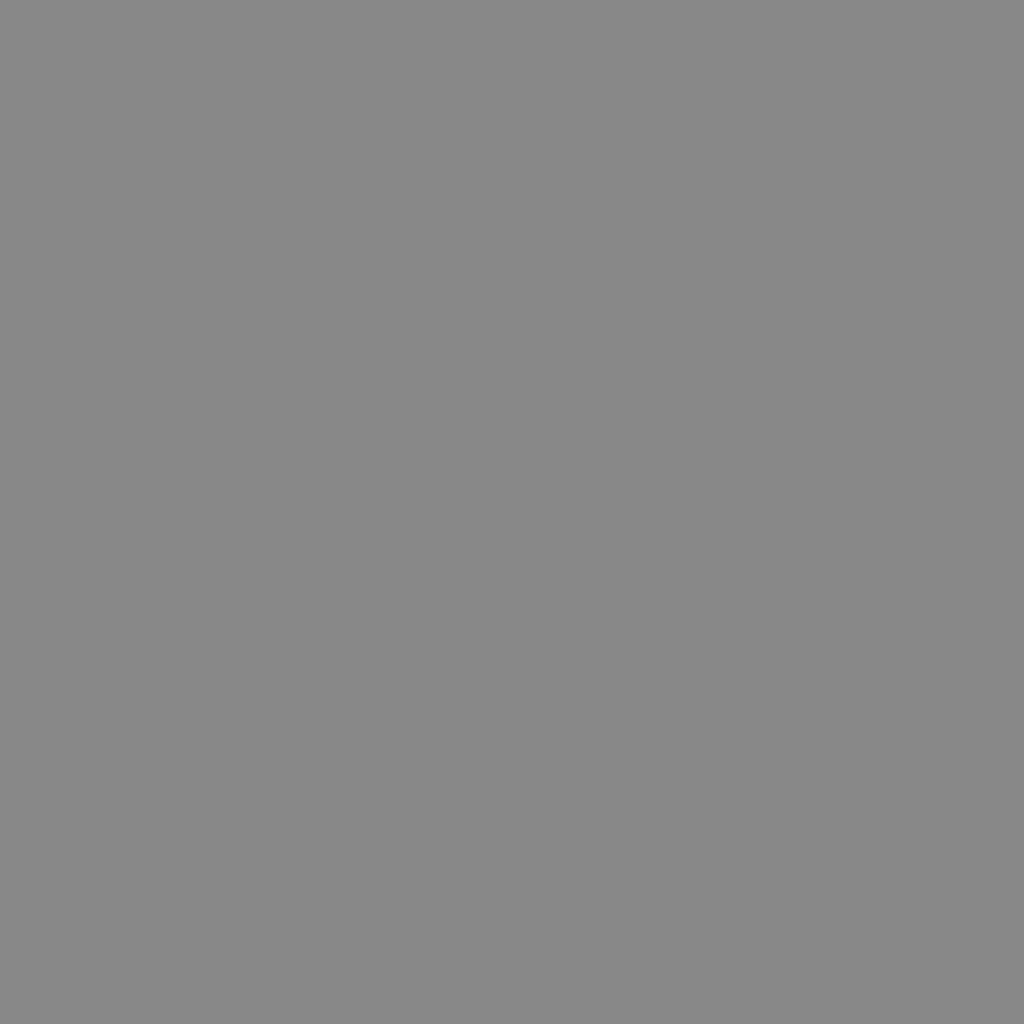 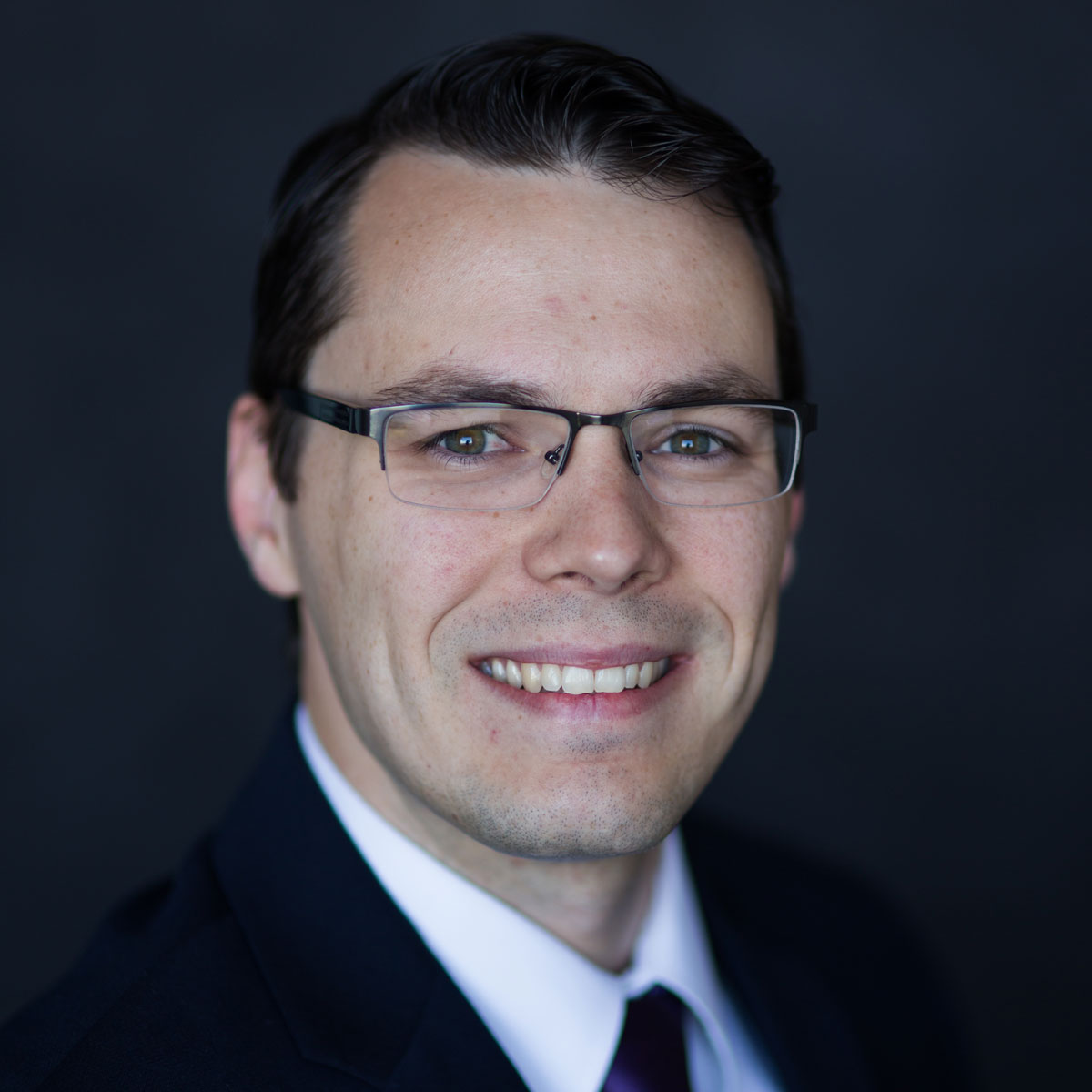 Nate Carbrey joined the board in December 2019 as the Treasurer, and also serves on the Executive Committee. He was born in Toronto, Ontario and now lives in Buffalo, NY with his wife, Elisabeth Carbrey, and two daughters, Ella (5) and Hope (3). He has served in various ministry leadership roles, ranging from directing the operations of children’s ministry events to overseeing annual budgets for ministries reaching middle and high school students. Nate spent one year in full-time ministry, serving college students at the University at Buffalo. He graduated from there with a BS/MBA degree in accounting in 2012, spent 7 years as an auditor at PwC. He now works at ACV Auctions as a Senior Manager, leading the Accounting Policy & Special Projects tearm. As an accounting professional, Nate will support the overall vision of CSB through the oversight for all financial matters. He looks forward to all that the Lord will do through CSB in the coming years. 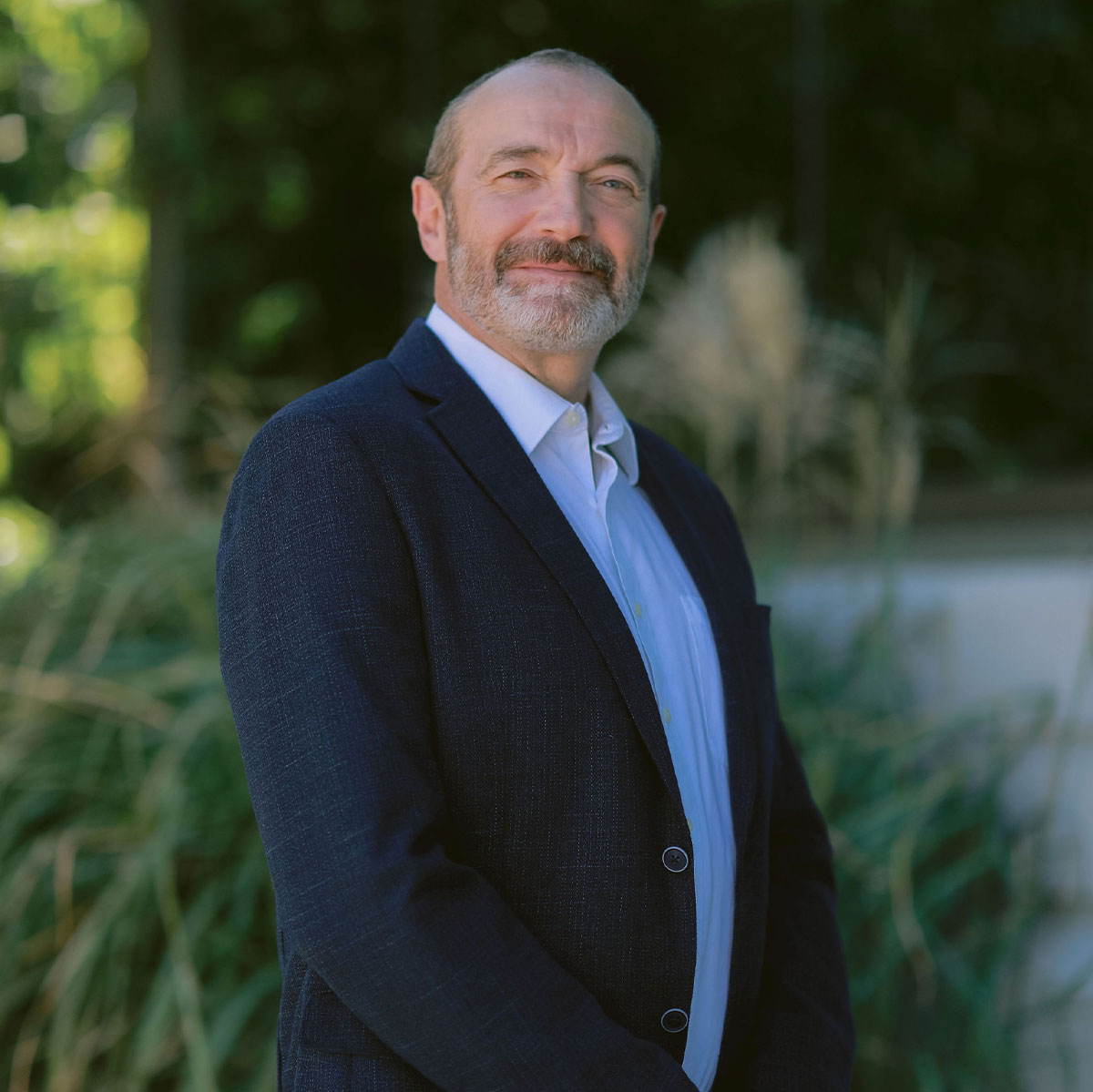 Gord Lovegrove is Associate Professor of Sustainable Communities at UBCO’s School of Engineering.  Each June, Gord takes 20 UBC students and professionals to study the planning and design of New Towns in Holland, one of the worlds’ wealthiest, healthiest and most sustainability-oriented countries.  Gord chairs the CSCE’s Committee on Sustainability, and is a co-author of several books on sustainability, including most recently the ASCE’s Engineering Sustainable Communities. 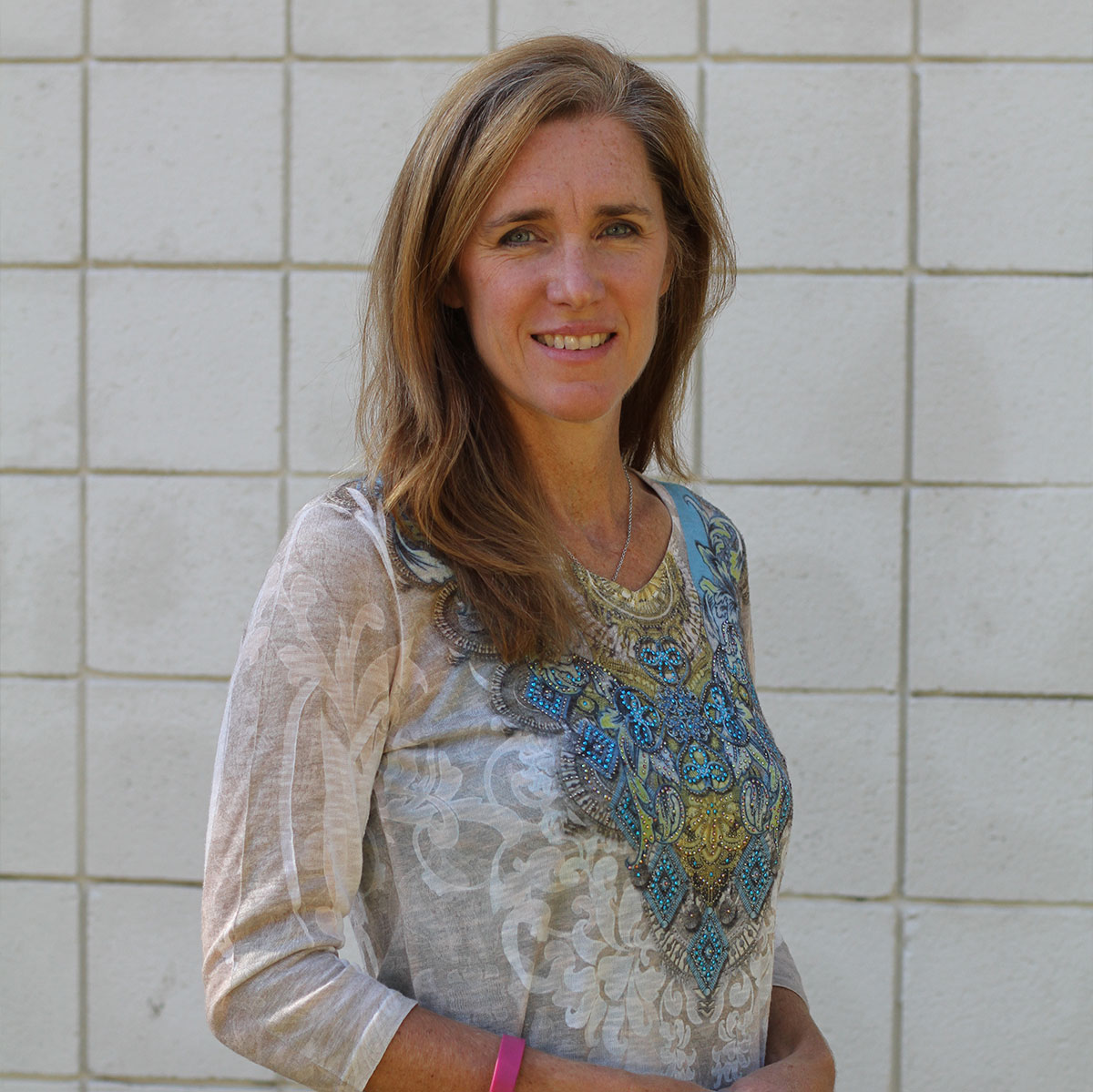 When Stacy Young joined the board in July 2020, she was excited to bring a new perspective as a mother of 3 sons and a daughter.. She is married to Mike Young, founder and Executive Director of Noble Warriors which is a regional based men’s ministry in Richmond, Virginia. She works alongside her husband in ministry focusing on Donor Relations and Finance, with her background as a CPA. She had a front row seat of being involved in a nonprofit startup and watch ministry grow and impact men and families.

Her main role the last 25 years has been a stay at home mom and “growing boys to men” as well as watching her daughter develop into a young woman. Two of her sons serve in the United States Army as officers in Infantry and Aviation, and her third son is at NC State finishing his double major and her daughter is in high school.

While her kids were younger, she started a MOPS chapter (Mothers of Preschoolers) at her church and was involved in various church Bible studies and leadership roles. She and Mike are involved in mentoring young couples through a church class, as well as doing some parenting workshops at various MOPS groups and youth group parent meetings. She looks forward to investing in CSB as they grow the next generation of Godly men who know what Biblical Manhood looks like by following the example of Christ Jesus.

Steve’s earliest experience with Christian Service Brigade began in the late 1960’s as a Brigadier in Battalion 555 at Forcey Memorial Church in MD. During his time in Battalion 555, he attended Camp Hemlock in West Virginia, and was also on staff for two summers before joining the U.S. Army, serving for almost twenty-two years before retiring in 1997.

After retiring from the Army, Steve joined CSB as a regional director for the southeast United States covering the Carolinas, Georgia and Florida. Shortly after joining CSB in 1997, Steve was selected to be the National Field Director, supervising the U.S. field staff and as CSB’s liaison with the numerous CSB camps. He traveled extensively throughout the U.S. and Canada speaking at father-son events, leadership training seminars and leading campfire talks at several camps each summer. He also served as the interim President for CSB during the transition from Dave Hall to Don Patterson. Steve left the CSB leadership team in 2003 to enter the pastorate.

Steve has a deep commitment to evangelism and discipleship. This commitment started while teaching Bible clubs in the housing projects of Washington DC as a teenager, serving alongside his then girlfriend Priscilla. They eventually married and have been serving together for over forty-three years. They have three adult sons, two of whom served in the U.S. Army. In addition, they have one daughter-in-law and two grandchildren. Since leaving CSB staff, Steve has served as an associate or senior pastor for several churches in the Rock Hill, SC area. His pastoral emphasis is on restoration and revitalization of churches. He has also served as a Christian school administrator. He is currently serving as a pastor in York, SC.