Iron Sharpens Iron is a first class one-day equipping conference for men of all ages! 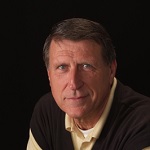 Rev. Chuck Stecker is the President and Founder of A Chosen Generation & The Center for InterGenerational Ministry. He is an ordained minister and earned a Doctorate of Ministry and Ph.D. in Communications that specialized in Christian Leadership. Chuck served in the US Army for over 23 years in various key leadership and staff positions, including three years on the Joint Staff in the Pentagon. After the military, he served with Promise Keepers for three years as a Regional Director before launching A Chosen Generation. He continues serving the Lord through the local church in various ministry and leadership positions.

Chuck authored Men of Honor Women of Virtue – The Power of Rites of Passage into Godly Adulthood. He contributed as an author to The Effective Men’s Ministry, The Men’s Bible and How to Disciple Men. In addition, Chuck is a regular contributor to journals and periodicals on the subjects of intergenerational strategies and leadership. He is in great demand nationally and internationally as a conference speaker and has taught and spoken at several universities and seminaries.

He has been married to Billie for over 40 years; they have three married children who have blessed them with eight incredible grandchildren.
Website 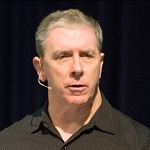 Retired Navy Captain Tom Joyce is a Pastor at Immanuel Bible Church in the shadow of the nation’s capital located in Springfield, Virginia. Raised on Long Island and recruited as a lacrosse player, Tom graduated from the United States Naval Academy in Annapolis in 1979. After completing Naval Flight Officer training he was selected to fly the F-14 Tomcat and later graduated from the Navy Fighter Weapons School (TOPGUN) in 1983. Two years later, Tom was selected to fly in some of the scenes in the movie “TOPGUN.” After several operational tours in fighter squadrons Tom reported to Fighter Squadron 111 as Commanding Officer onboard the aircraft carrier USS Kitty Hawk. Under Tom’s leadership, Fighter Squadron 111 was recognized as the best Fighter Squadron in the Pacific Fleet.

Tom survived the September 11, 2001 terrorist attack on the Pentagon, which included his office. He retired in August of 2003 after serving on active duty for more than 25 years. In addition to his bachelor’s degree from the United States Naval Academy; Tom earned a Masters in Public Administration from Harvard University and both a Masters in Biblical Studies and a Masters of Divinity from Capital Bible Seminary.

Tom and his wife Deshua have four grown children and live in northern Virginia.

Visit IronSharpensIron.net to learn more about the conference organization.